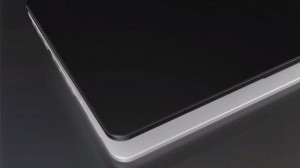 HP seems to be getting their tease on as a video has been leaked showing what could be their MacBook Air rivaling Ultrabook – the HP Spectre.

The spooky name and a few peeks at the hardware is all HP are letting go for now but it is whispered that the Spectre could well be one of the last Ultrabooks to feature Intel’s Sandy Bridge processor before the the next generation of Ivy Bridge Ultrabooks hit the shelves.

I reckon it’s a safe bet that the Spectre will be extremely thin and will employ SSD as it’s choice of storage.

As well as the MacBook Air it will be taking on the likes of the Zenbook so the Spectre had better come out fighting.

We will all get to know more tomorrow apparently as that’s when the lightweight lappy will be revealed via its own webpage.

The thing is, are Ultrabooks already on their way out now that tablets are getting more powerful?