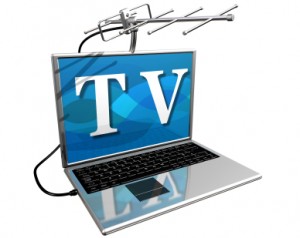 The UK House of Lords’ Communications Committee has suggested that all UK TV broadcasts should be moved to the internet to free up the wireless spectrum for mobile phones.

The panel has reported that it found that whilst such a network would be cheaper and more efficient in the long run, it would also require extensive re-building of the our island’s aging communications infrastructure.

“Eventually the case for transferring the carriage of broadcast content, including public service broadcasting, from spectrum to the internet altogether will become overwhelming,” the Lords communications committee said in its report on internet infrastructure.

Given that the analogue-to-digital switchover is still in progress,  I very much doubt that this next step will be happening anytime soon.

Also, the fact that I’ve recently moved home from somewhere with fibre optic broadband that is literally only 5 minutes walk away to my new place which can only get ADSL. This is in London, E17!

Not to mention the problems facing companies bringing fiber-optic broadband to rural areas.

I’m all for everywhere getting fibre optic broadband and hooked up with Smart TVs – but I can’t see it happening nationally next week, next month, or next year.