Hotmail Security Not So Hot – Microsoft Gets Breached Again 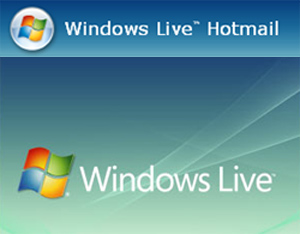 Yup – the mighty M has had the details of thousands of its Hotmail users published online – that’s usernames and passwords!

The details of more than 10,000 accounts, mainly from Europe, have been listed online at developer/coding site pastebin.com on 1st October 2009.

All of those names were said to be genuine and all were names beginning with the letters A and B.

If that’s not scary enough this means that letters C to Z could be sat somewhere ready to be deployed.

That’s also the view of Graham Cluley, consultant at security firm Sophos, as he spoke to the BBC.

Graham as well as GadgetyNews point to something a bit obvious but needs to be said: Change your password for Hotmail and anywhere else that may use the same password!

Microsoft has launched an investigation into what it believes is a result of a phishing scam – and users have inadvertently entered their account details at a fake website.

‘We are aware that some Windows Live Hotmail customers’ credentials were acquired illegally and exposed on a website,’ said a Microsoft spokesperson. ‘Upon learning of the issue, we immediately requested that the credentials be removed and launched an investigation to determine the impact to customers.’