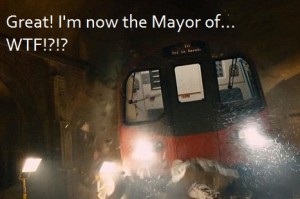 It’s been a long time coming but Virgin Media appears to be ready to offer its London Underground Wi-Fi service shortly.

A tweet from BBC journalist and presenter Rory Cellan-Jones today shows that the service is actually operational – yup, work finished on time on the Tube is amazing enough to be noteworthy!

Virgin Media hasn’t officially announced the exact dates for when we will get the public service though yet. So, no FourSquare or Facebook check-ins yet 😉

The company promises that the service will be unleashed in time for the Olympics and Paralympics in London this summer, offering hotspots in around 80 of the Tube’s 270 stations.

The Wi-Fi service will only work on platforms, ticket offices, and escalators — with no access available while trains are moving between stations. Personally, I’m glad about that!

Virgin Media is not planning to charge for the service initially when it goes live in July, but it has previously revealed it will be offered at a price to London commuters following the Olympics unless you’re a Virgin Media customer.