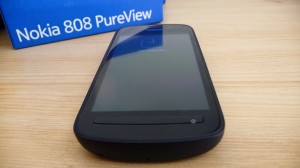 The executive who headed up the company’s imaging department, has left the company and moved to Jaguar Land Rover.

Damien Dinning worked with Nikon and oversaw the release of the Nokia N8, the 808 PureView, and the Lumia 920 all of these were equipped with the category-leading cameras which Nok became famous for.

Nokia’s cameras and imaging strengths have been a particular focus (arf!) for the manufacturer as it moved over to Windows Phone devices last year as a way to differentiate its handsets from the competition.

The N8 was almost untouchable by compact cameras, let alone camerphones and remember the mighty 40MP beast that sits at the heart of the Nokia 808 PureView. The latest generation of snazzy snappers has been fitted to the Lumia 920 Windows Phone 8 device.
Dinning tweeted a few days ago that he was “incredibly excited” about something happening on December 10th that has nothing to do with Nokia directly but then it was revealed that he was moving to the prestige motor firm of Jaguar Land Rover.


Following the relocation of key strategic roles to Finland, and with great reluctance, Damian Dinning has made a personal decision to leave the company effective November 30, 2012. During the past nine years, Damian has made many innovative and valuable contributions to Nokia, most recently as a lead program manager in our Smart Devices business. We thank him for his service to the company and certainly wish him the best.

See more Photography products over at the Sleeklens Website

For exciting present ideas, check out That Sweet Gift