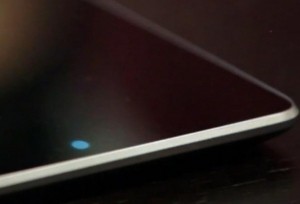 Google’s new Nexus 7 Tablet is rumored to be all set to be announced this month and, according to a recent report, the second generation Nexus 7 tablet is expected to go on sale before the end of July.

The new Nexus 7 tablet will apparently be the first device to run Android 4.3 Jelly Bean.

Word is that the new Nexus 7 will feature a full HD display with a resolution of 1980 x 1200 pixels, and there’ll be a 1.5GHz Qualcomm Snapdragon 600 processor pushing everything along.

Other rumored specifications on the Google Nexus 7 include a 5 megapixel rear camera for photos and video, plus a front facing 2 megapixel camera for video chat.

According to a report from NDTV Gadgets (via Focus Taiwan), a support executive from Taiwan-based Asus said the tablet will launch in July this year and leaked details of the Asus K009 – a rumored codename for the next-generation Nexus 7 – via live chat with an interested customer (who posted screenshots on his Google+ page).

The Nexus 7 is expected to land with a choice of storage options, which will most likely include 16GB and 32GB versions, there are no details as yet on how much RAM the tablet will come with.

If Google intend to launch their new Nexus 7 tablet before the end of July, then we can expect an official announcement about the device within the next few weeks. As for pricing, I would expect Google to continue to place the Nexus 7 range starting at no more than £180.