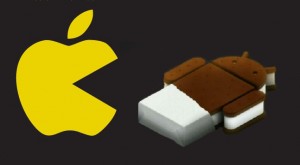 We can all appreciate Apple protecting patents, etc but they may have lost the plot with the latest batch against Android Ice Cream Sandwich.

Apple has filed their latest lawsuit against Samsung and its Galaxy Nexus – the thing is that it’s not the hardware this time, it’s the Android Ice Cream Sandwich software.

Apple has filed a motion for a preliminary injunction to ban the Nexus because of a batch of software patents it claims Google has infringed.

These infringements are quite wide-ranging and, if successful, would not only put the anchors on Ice Cream Sandwich but make every manufaturer of touchscreen smartphones incredibly nervous.

Apple, believe it or not, are including clicking a phone number to call and sliding across the screen to unlock amongst their lawsuit. Yeah, really.

Others include detecting data like a phone number in an email or web page, and letting you call it just by clicking it there and there. Do you like being able to search lots of sources of information on a device and online through a single interface; like Siri for instance, Or the magnifying glass icon on Android devices? Yeah, that’s included in Apple’s paperwork too.

Slide to unlock is covered by another patent. While Apple has patented an image unlock feature, this one looks to cover everyone else’s subtly different variations.

The final patent covers the device suggesting words while you type on a touchscreen keyboard, then allowing you to accept or reject said suggestions. We call it predictive text!

So – Apple wants to keep the action of clicking a phone number to call, being able to search multiple sources at once and predictive text to themselves.

Is it just me that thinks this is rather bonkers or do you think that Apple is right to push ahead with this?

I can’t wait til someone patents doors, fuel filler caps or pencils…