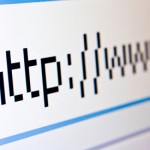 Imagine waking up to find that you were without a connection to the interweb?

This horror was real life for thousands of Londoners afterÂ thieves broke into a BT exchange in Mayfair and stole Â£2 million worth of equipment.Â

ApparentlyÂ the swinesÂ entered the premises on Farm Street, off Park Lane, between 8pm and 9pm before grabbing servers, routers and network cards.

Thus leaving homes and businesses were without the Internet on Thursday.

Police would not say whether the raid was being connected with similar raids over the past year.

“We can confirm there was a break-in at our Mayfair Telephone Exchange last night (Wednesday), this is a now an ongoing police investigation and therefore we are unable to comment further.”

“BT apologises for any disruption caused to our customers. Our engineers are working around the clock to ensure that full service is up and running as soon as possible.”

The Evening Standard suggests that the thieves could have used the 40th birthday party of Mr Madonna/director Guy Ritchie in a pub nearby as a distraction.