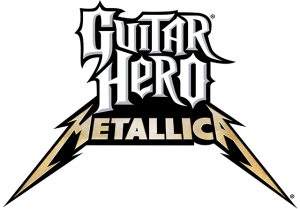 This is perfect timing as the lads from LA will be in London this weekend on their Death Magnetic Tour.

The demo for the new title is now available on Xbox Live Marketplace and lets players play the guitar, drums, and sing to Metallica’s ‘Sad But True’ and classicÂ ‘Seek and Destroy’.

Two other tracks featured on the demo include No ExcusesÂ by the great Alice in Chains and Stone Cold Crazy from Freddy and theÂ boys from Queen.

I wonder if that was a concious choice to have those tracks by bands who’s singers are sadly no longer with us.

The full game is set for release on 29 May and will include 45 Metallica hits, as well as favourites from 21 other rock artists apparently “hand picked by Metallica” including System of a Down and the Foo Fighters.

The game will naturally be available for the Xbox 360, PS3, and Wii consoles.