Google Zeigeist shows Whitney, One Direction and Euro 2012 was top of searches 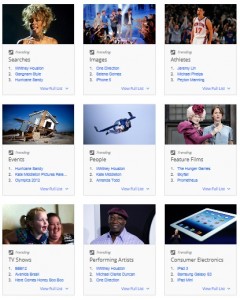 Google’s revealed its annual list of the year’s global top searches, with the death of Whitney Houston gleaning more requests than even the Gangnam Style craze which recently was cited as the cause of someone’s death.

Google Zeitgeist shows that searches for Whitney Houston accounted for over 1.2 trillion requests from Google this year.

One Direction topped the most searched image category, while events like Hurricane Sandy and the Olympics made an impact both in the primary top ten and the people searched for.

The top searched-for gadgets saw the new iPad (that’s the iPad before the one on sale now) claiming top spot, followed by Samsung’s Galaxy S III. The iPhone 5 didn’t chart due to it’s release late in the year although it does appear at number 3 in the image searches.