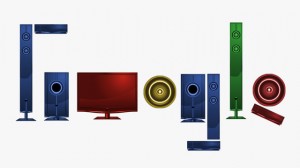 Google’s apparently just managed to sign up all the music labels for its spanky new streaming service, ready to unleash its assault on Spotify later this evening, beating Apple to it in the process too.

When Google rolls out the new services at I/O, it will mean that it gets the jump on Apple, who is also trying to launch a new streaming-music service.

According to reports, Google’s subscription services would resemble Spotify, and offer on-demand songs that would be streamed to their PCs and mobile devices.

Apple is working on something a little different in the shape of an online radio service that is said to be more akin to Pandora, a service that plays songs at random similar to traditional radio.

If you were thinking about ditching Spotify for the new Google service be warned,  The New York Times is reporting that Google’s potential Spotify killer won’t offer a free tier for its streaming service.

My main question is as to whether this new Google music service will appear in the UK on release. I’m guessing not 🙁

Still, with this and the the Glass-based smartwatch possibly making an appearance, things are now looking good for Google I/O.