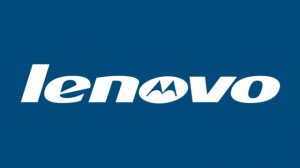 Writing on Google’s official blog, CEO Larry Page outlined the reasons why Google was selling Motorola so soon after having bought it:

“The smartphone market is super competitive, and to thrive it helps to be all-in when it comes to making mobile devices.” He goes on to say “It’s why we believe that Motorola will be better served by Lenovo—which has a rapidly growing smartphone business and is the largest (and fastest-growing) PC manufacturer in the world.”

Despite reportedly investing $500 million in the marketing campaign for the launch of the Moto X Google has been operating Motorola at a loss with the company posting third quarter losses of $248 million in 2013.

Lenovo’s acquisition include the Moto X, the Moto G, and the Droid Ultra series, but Google will be retaining the majority of Motorola’s patents.

Google only bought Motorola back in August of 2011, so its a very quick and unexpected turnaround.

Saying that though, when put in the context of the fact that Google will hold onto the intellectual property part of things, as well as already having a hardware arm in Nexus, this deal make a little more sense.