Google Renting out Chrome Laptops for $20 per month 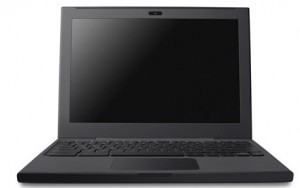 It sounds as though Google is going ahead with its laptop rental scheme according to a senior Google executive.

I first mentioned the scheme last month but now it has come out that this is the plan and it’s happening soon. The laptops will run Google’s Chrome OS, naturally, and everything will be cloud based.

The Chrome netbooks will cost $20 per month and will be offered to students initially.

That $20 p/m gets you the hardware and the accompanying online services such as Gmail, Google Docs, Google Calendar and all the other web-based Googleness you can imagine – yup, Google Music should be there too I shouldn’t doubt.

This is a cunning move as it sounds as though, even when Google offers a free without ads version of its Google Apps software to educational institutions directly which can be then used by students and faculty alike most places still would rather have Microsoft’s Live@Edu solution instead.

Once the Big G has the scholastic scene wrapped-up expect a roll-out to business users or other lucrative market.

I can see student digging the idea of a $20-a-month laptop and as Google is shoving everything in the cloud, including your automated home, so why not get users used to the idea?

What are your thoughts?