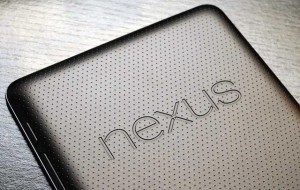 Google has officially confirmed that you can expect your Google Nexus 7 this weekend!

If you ordered your Google Nexus 7 tablet and have since been waiting for the postman each morning – your wait will soon be over.

Google has just announced that the 8GB model of their Nexus tablet will be in your sweaty palms by the weekend. The 16GB model will be along soon after.

The Nexus 7 was unveiled in San Francisco last month and went on sale immediately, but actual delivery dates were kept vague. Retailers promised 19 July, a date that 8GB customers may meet if you’re very lucky, as Google has upgraded all buyers to next-day delivery.

Google promises the 8GB model will be delivered by 20 July, with 16GB models following some time next week.

Google broke the joyous news by contacting buyers with this message: “We wanted to send you an update on your Nexus 7 pre-order. We’ve had incredible demand for the new tablet and are shipping them as quickly as possible. All Nexus 7 8GB orders will ship by July 20, and Nexus 7 16GB orders will ship by next week. We’ve upgraded your shipping to overnight so your your order will arrive sooner.”

“Thanks for your patience. Your Nexus 7 will be on its way soon.”

That’s actually the first confirmation Google has offered about dates, which is not what you’d expect when we buying something from such a huge concern really.

Have you ordered your ASUS Nexus 7 cover?