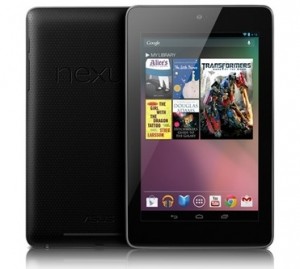 The Google Nexus 7 does look like a great tablet at a great price. Especially with the announcement at this year’s Google I/O that updates to the Google Play store would include movies, TV shows, and magazines. If, like GadgetyNews, you’re in the UK – you might want to hang on a bit.

Yeah, it’s the same old story with the difference in copyright laws between us and US.

Unfortunately, due to these differences many of those new features will not be available in the UK when the Nexus 7 is launched.

A Google representative has confirmed that the new Play store content is only currently available in the US.

That means Google’s new tablet, priced at just £159 here in the UK, will have to do without a lot of the content advertised to US consumers. We’ve had this with the Amazon Kindle, remember?

Google aimed to beat Amazon’s Kindle Fire with international distribution, and although the company never claimed that these features would be available outside the US, it’s still a crushing blow to anyone in the UK and Europe.

Have you been crushed by this news?