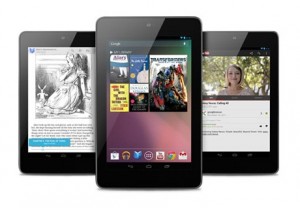 Google’s event has been cancelled today due to Frankenstorm Hurricane Sandy, but that hasn’t stopped more Nexus 7 news hitting the interwebs. The latest being the price of the 16GB version being slashed.

I think we can all safely assume that the 32GB Nexus 7 will be announced when the event is rescheduled and the capacious tablet will be tagged at £200.

Will there be anything for Google to unveil? We already know about the leaked Nexus 10 and the Nexus 4 is already up for preorder.