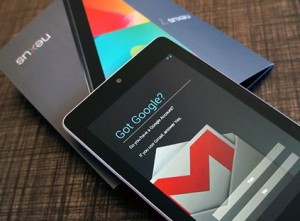 The Google Nexus 7 has won many fans and appears to be practically faultless for the price. The one thing it is missing is the ability to surf the web away from a Wi-Fi connection – well, it sounds like that will be sorted *very* soon.

Unless you’re surrounded by free and decent Wi-Fi hot spots, sporting a Wi-Fi only tablet can be a little frustrating if and when you take it out of the home/office environment.

Word on the interwebs from a reliable source with the ever handy “very well-placed insider” is that Asus is preparing a 3G-enabled Nexus 7 for launch in “around six weeks,” with production already underway.

Tantalsingly, that’s as far as the word goes. As yet there are no whispers as to which carriers will offer the latest version or indeed where it’ll be released.

Pricing is also a matter omitted from the grapevine.