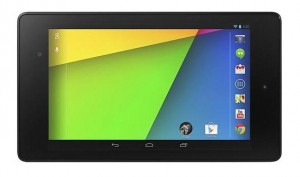 All was looking good for the new version of Google Nexus 7 tablet until owners started to report that the new Android tablet is experiencing issues with its multi-touch functionality.

The multi-touch issue follows niggles with the Google Nexus 7 tablet’s GPS connectivity dropping out after a few minutes and then failing to lock back on the satellite afterwards.

The screen issues have been reported by a number of sources, and plenty of users are stating that the Google Nexus 7’s multi-touch display feature is causing problems for them.

The video below details the issues that some users are experiencing with their Nexus 7 touchscreen – watch it go mental.

Touch targets are sporadically jumping around the screen, occasionally reversed and sometimes are being registered as a storm of semi-random taps. Not good or helpful.

It is still uncertain whether the problem is hardware or software-based but Google is currently investigating the issues and is expected to announce its findings very soon.

I’m guessing that we’ll see an update or two before the new Nexus 7 gets Key Lime Pie.

Have you grabbed a Nexus 7 v2.0? Are you having problems or is life sweeter with your new tablet?