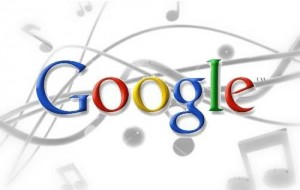 More nimbus-based news as Google has revealed its new cloud service which allows you to store your tunes online and squirt them anywhere you need them – it seems that some of the big labels aren’t too keen – but that hasn’t stopped Google going ahead.

Music Beta by Google isn’t quite finished yet (hence the beta bit) but the service is pretty much like Amazon’s offering and lets you store purchased MP3s or tracks ripped from CDs on their network.

Once shoved onto the cloud you can then listen to your web-streamed music on your phone, tablet or any computer – leaving your device’s memory free for more cute cat videos.

Google’s Music Beta offers more cloud space than Amazon and the Big G says that you can store up to 20,000 songs online.

The usual sticking-point of record labels has snagged Google as well so, for now, there’s no option to buy and share music through the service.

Googles Android director for digital content, Jamie Rosenberg, has been quoted as saying that some of the major labels have been “demanding a set of business terms that were unreasonable and did not allow us to build a product or a business on a sustainable [basis]”.

Don’t worry if you loiter in places without a web connection – music can be stored on your phone, etc for those moments – just like the Spotify app.

So, that’s Google and Amazon sat on cloud services – I can’t be the only one waiting to see what Apple’s iCloud is going to bring.

Google will officially give all the Music Beta deatails later today at Google I/O – there will be a keynote being streamed live here: www.google.com/io at 5pm UK time.