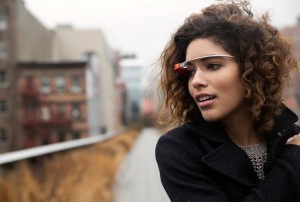 Google has put any rumours to rest by announcing that a new updated version of their Google Glass eyewear is indeed in development.

Google has announced that they will be making their new Google Glass 2 eyewear available to its Google Glass Explorers who were able to get their hands on the first development prototypes of the Google Glass system for payment of $1500 after entering a innovation process.

However, it has not been confirmed whether these Glass Explorers will receive the new updated hardware for free or if they’ll need to part with more cash to get the upgrade.

What they have been told, though, is that they will be receiving three invites to the Google Glass program which they can give to friends and family.

The new Google Glass 2 eyewear now fully supports prescription glasses and will also include a mono earbud, which is expected to replace the not so perfect bone conduction speaker that was included with the current Google Glass edition.

Google Glass will still be fitted with a high resolution display which gives you the equivalent of a 25-inch HD screen from eight feet away and is positioned just in front of your right eye.

Google Glass is also equipped with a 5 megapixel camera that can record HD video in 720P, together with 12GB of internal storage for apps, files and media that is synced with Google’s Cloud Storage, as well as connectivity provided by with Bluetooth and WiFi.

For all of you still awaiting the arrival of the Google Glass consumer edition – I am taking this latest announcement to mean that the consumer version won’t be appearing this year. Your best bet might be to get the first edition from those Glass Explorers who have upgraded though 😉

No images of the new Google Glass 2 eyewear have yet been released.