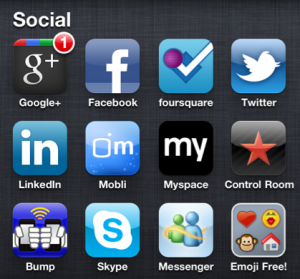 It has only been three weeks since Google unleashed its new social networking initiative, Google+, and now Apple has seen fit to approve the Google+ app for iPhone.

You will notice I said iPhone and not iOS device and there’s a very good reason for that. You see, the free app is only compatible with iPhones as it is not configured for iPad screens. Apparently it wont even load onto iPads or even the iPod touch for that matter.

When challenged about this confusing happening Katie Watson, a spokesperson from Google, answered: “We are working quickly to roll out the Google+ mobile app to as many platforms and devices as possible. Today we have only announced availability for the iPhone.”

The Google+ home screen lists what Google reckons will be the most frequently visited elements by a mobile user: Stream, Huddle, Photos, Profile and Circles.

After a quick play around with the app I can safely confirm that is is easy to use – you’re able to access the most important bits that you’ll need when out and about and keep updated as well as updating your friends with posts and pics.

If you’ve already jumped onto the Google+ bandwagon and have an iPhone I’d suggest you give it a whirl – it’s free!

Now, I wonder what Tulalip will come up with….