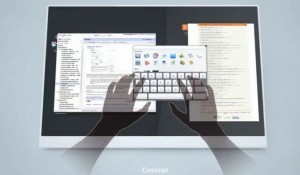 According to Google CEO, Eric Schmidt, these portable puters will cost around the same as those packing Windows 7 – that will be around $300-$400 which hits the Â£200-Â£275 mark.

Schmidt revealed, whilst speaking at the Atmosphere Cloud Computing forum, that the first Chrome OS sporting hardware will be hitting the shelves early next year.

CEO Schmidt hopes that the hardware will come bundled with mobile contracts so that the new Chrome adopters will be able to make the most of the largely web-based operating system.

The Chrome OS, which should be out at the end of this year, will be the first OS that will mainly focus on shifting documents and software off your harddrive and into the ‘cloud’.

The Google boss was not shy in stating how big a deal this new OS will be.

He said: “If you think about it there’s not been a new successful platform in this space for 20 years, and I’ve had a few failures along the way.”

So is Google Chrome OS going to be the first platform to truly challenge Windows and Mac OS X?