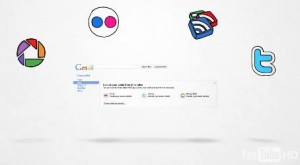 Google looks like it’s fancying some of the social network pie with Buzz.

Google Buzz is based around Gmail and, like other places, lets you share information, photos videos and status updates. It also connects with Flickr and Twitter so you can spread your endless, pointless news with everyone you know and others that you’ve managed to collect.

The Google Buzz mobile service geotags your updates so folk know where you were when you saw that cute cat or police car getting clamped.

If you’ve got a Gmail account it should be coming over to you in the next few days.

Bradley Horowitz, Googleâ€™s vice-president of product marketing, says: â€œThereâ€™s so much opportunity, we can wire this up in so many ways with other parts of Google, other parts of the internet.â€

Google Buzz will look over your existing Gmail account and will point out updates and media from contacts you chat with frequently. Don’t freak out though – you can alter privacy settings so you can control your info-flow.

Google founder Serge Brin has already suggested that Buzz, IM and email will eventually become one.

It seems that Google has rattled some cages with this announcement with Microsoft arguing that: â€œBusy people donâ€™t want another social network, what they want is the convenience of aggregation.â€ Then nodded at Hotmail which happens to have Flickr, Twitter and Facebook integration.

So, do we need another social network platform or is Microsoft right about the integration thing?