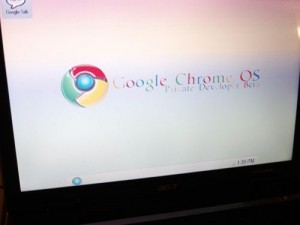 Hot on the heels of the Google branded Nexus One smartphone comes the news that they’re going to be dishing out their own 3G enabled netbook!

Apparently “multiple sources” are saying that Google has been talking to at least one hardware manufacturer about building a netbook that Google itself could sell directly.

These ‘sources’ claim that the big G is aiming for Christmas 2010 for the netbook’s release and that they’d be built and branded by Google and then shipped directly to consumers.

It kinda makes sense when you look at the facts – the source code for Chrome OS was recently released, Acer is planning a Chrome OS netbook for mid 2010 and Google looks to be heading into hardware.