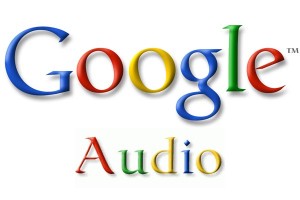 It sounds as though Google will definitely be parading out a new rival to Spotify, Napster and the like.

Word on the web is that Google is in talks to shore up content from major music labels ahead of launch.

Nothing has been confirmed, but one tipster has called the service Google Audio, and it will launch in the US soonish.

The other thing that isn’t clear is whether this thing will be a download or streaming service, or both.

Google actually already has a pretty decent music search engine that can be accessed by simply typing ‘music’ before a query but songs are not available for streaming or download from those searches.

Google is hooking up with LaLa and iLike but they’re keeping a tight lid on everything – one thing is clear though: it looks like a big win for LaLa and iLike which ever way this is sliced as both will get massive flow from this deal.

On top of that it seems that MySpace made a genius move with their acquisition of iLike.

Whatever this Google Audio is chances are it won’t be like Google’s Chinese music service engine, which hunts out free tracks so you can help yourself.

Peter Kafka over at AllThingsD seems to have his own sources who seem to know a lot more:

Sources describe the service, which will be called “One Box”, as a refined set of answers for music queries. The idea: Punch in, say, “Madonna“, and you’ll be presented with one or more songs, which may be partial clips or full-length versions, then guided to other sites where you can purchase the music.

All in all, this just sounds like a new search interface – not a new iTunes, Spotify-killer, or anything else worth getting overly excited about.

More on this as it arrives – word is to expect something happening on the 28th……..