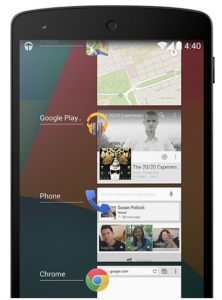 With the arrival of Google’s latest smartphone, the Nexus 5, so does the freshest version of the all conquering Android operating system, known as 4.4 KitKat. Here’s some key points of the new operating system.

On first glance, you’d be hard pressed to see much difference with KitKat. It still has the same basic layout, with multiple homescreens, live widgets, an app menu and navigation buttons along the bottom.

The good thing about this is that existing Android users will feel right at home.

Delve deeper and look closer, however, and you’ll start to find some key updates.

The phone dialler now has a new, simpler design, as does the contacts page. Your contacts are organised based on who you speak to the most (I am guessing that you can still order this alphabetically too) and you can search for contact details of businesses in the area straight from the same search bar.

The Hangouts app is getting an update too. It’ll now combine your hangout conversations, text and MMS messages in one conversation thread. 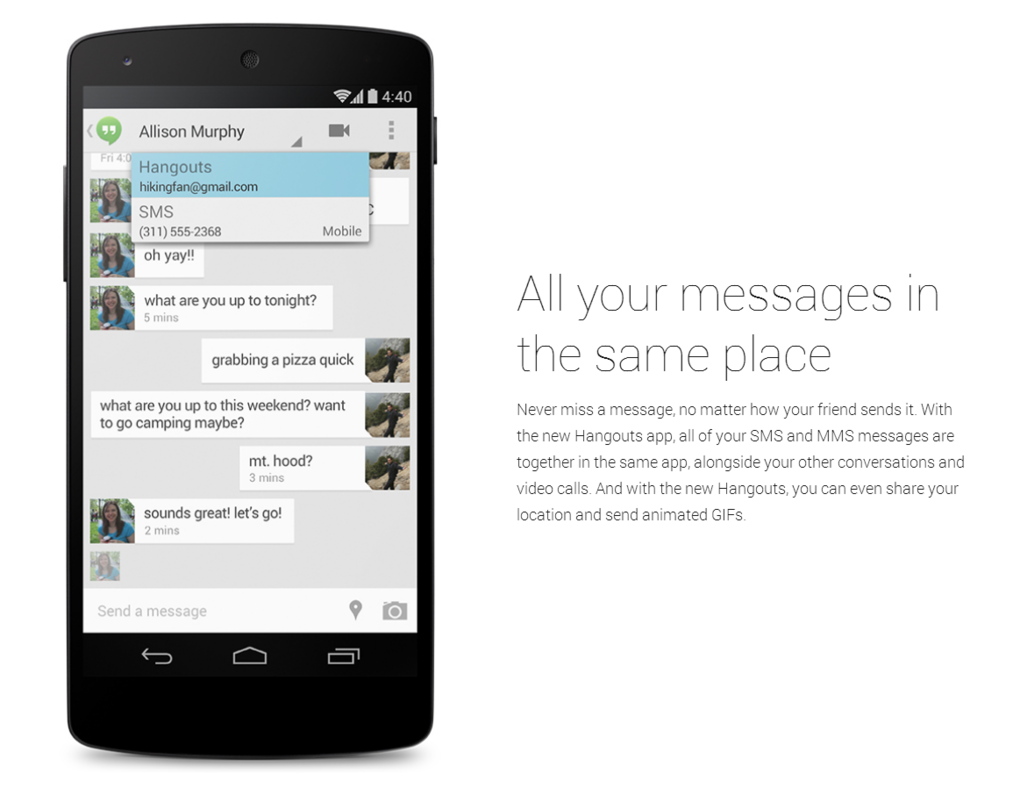 Games, movies and ebooks will now display at full screen, hiding the status bar and navigation buttons in order to make full use of big-screen phones like the Note 3 and Xperia Z1. When listening to music, the album art will display in full screen on your lock screen, also allowing you to seek through the song. Nice touches there. 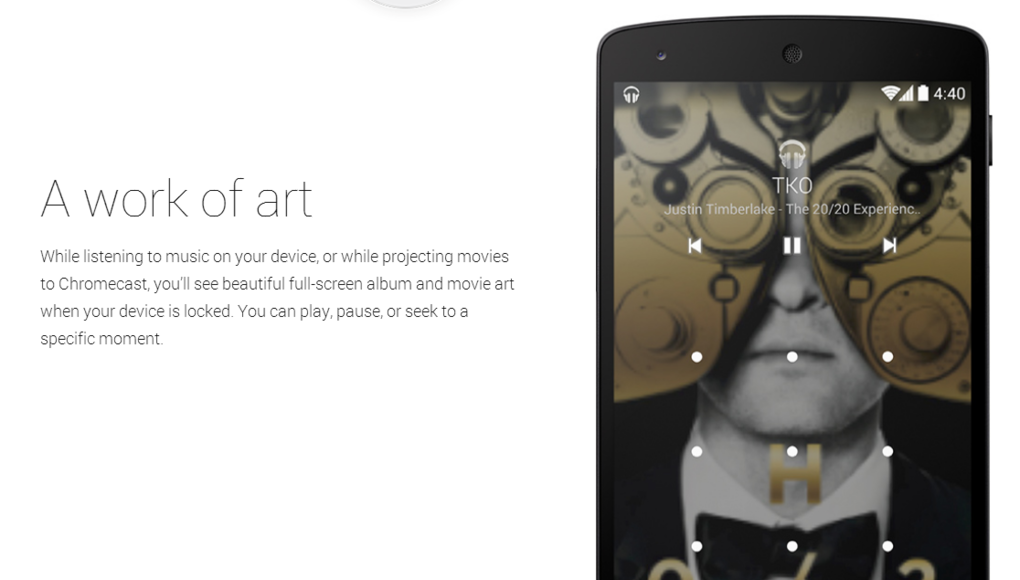 Saying, “Okay Google” will activate voice control when you’re on your homescreen or in Google Now, letting you perform voice searches or dictate text messages. 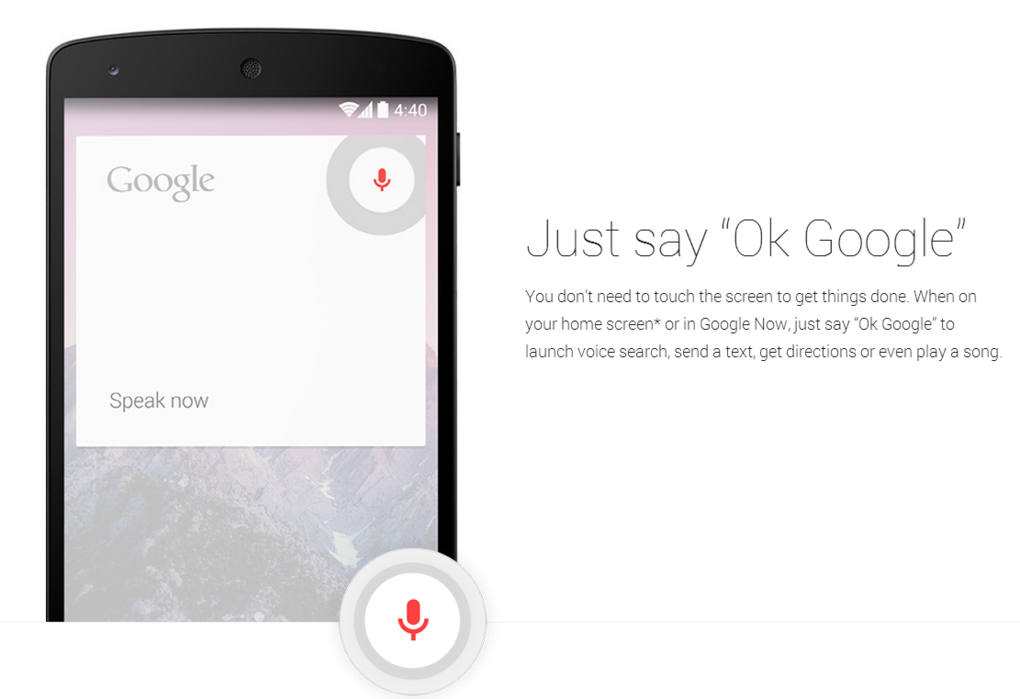 Other features include emoji icons in the keyboard, easier printing with Google Cloud Print-connected printers, support for all NFC payment services and a step counter built in to link up to your fitness apps to track how active you are.

This should mean that budget phones with less powerful processors and as little as 512MB RAM should be able to handle the OS better. This also means that there’s more resources to run apps on better powered devices.

KitKat’s more efficient memory use also allows for smoother multitasking. Demanding games should still be able to play at high frame rates, even while you’re playing music in the background. This still depends on what phone you’re using, of course 😉

Naturally, the first phone to run KitKat is Google’s own Nexus 5 – that will be your quickest route to the land of KitKat.

Google has said that the Nexus 4 and Nexus 7 tablet will get KitKat “within weeks”, so try and stay patient if you’re already a Nexus user.

HTC has said that its One smartphone, with the One Mini and One Max following closely behind, will receive KitKat “very very soon”.

Samsung, meanwhile, has said it will announce its plans for upgrading its phones to KitKat “in due course”. 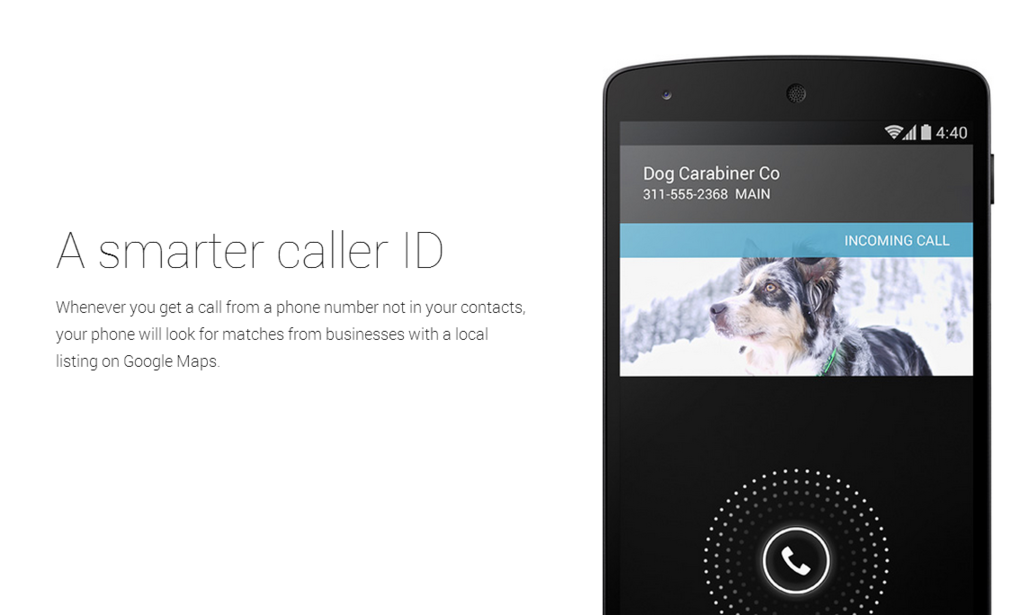