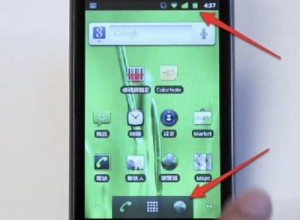 Want to see Android 2.3 in action?

BOOM! Your wish is granted my gadgety friends!

Yup – a full frontal video has appeared on Google Hong Kong that shows what appears to be a Nexus One going through its paces as its user employs Voice Search in Cantonese.

Changes with the user interface and status bar are notable in the video, but crucially it’s a sign that Gingerbread is in development.

Eric Schmidt revealed at the Web 2.0 Summit in November that it would be coming out “in the next few weeks,” – anyone looking forward to Gingerbread at Christmas?

Let me know as you watch the video 🙂