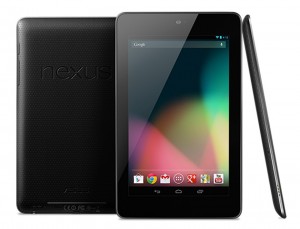 If you’ve not visited the Google Play Store recently then you won’t have noticed that there’s now a spanky new 32GB version of the Nexus 7 tablet.

As well as the new, roomier, Nexus 7 landing on the Google Play Store the 8GB ultra-budget version has been given the elbow.

Besides doubling the storage space, the latest addition to the Google range is standard Nexus 7, which is no bad thing – it’s loaded with Android 4.1 Jelly Bean, equipped with a 7-inch 1280×800 pixel display and an Nvidia Tegra 3 quad core processor powers it all along, plus all the games and apps Google Play offers you.

Check it out at the Play Store.