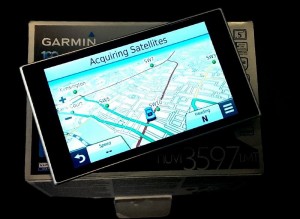 The Garmin nüvi 3597 LMT sat nav is one of the brand’s top-flight GPS devices, but what does it bring to the table? Let’s face it, portable GPS navigation units used to be special but now they’re ubiquitous: You can find GPS units shoved in cameras, and any smartphone on any platform. What’s special about the 3597 LMT then?

That’s the question asked of every new release from companies like Garmin. They need to sell customers the idea that it’s still worth their money to invest in a stand-alone navigation unit.

Is it just another one-trick-pony or is the Garmin nüvi 3597 LMT worth the money? Let’s take a trip around the device.

The new Garmin nüvi 3597 LMT benefits from a completely remapped UI, a new case, new chipset and new mounts – it’s all change, but how do they all stack up as a package?

At first glance, the Garmin nüvi 3597 LMT impresses. The 5-inch glass screen is mounted on a slim aluminium body, which is bevelled to minimise its girth.

The face is black glass, which will be familiar to smartphone users and, as the look suggests, the 5-inch unit reacts to swipes, pinches, zooms, and the other gestures you’d expect from your years of playing on tablets and phones. The capacitive face means that the display doesn’t have the glare-prone, pressure-sensitive film that is used in less expensive and older nav units.

It’s one of the most desirable sat navs I’ve seen thanks to this slick industrial design. It’s also the reason it was awarded the Red Dot Design award this year.

Now, you might think that relying purely on sticky metal to keep this not-so-cheap chunk of tech in your line of sight is a tad foolhardy but even the force of gravity, speed bumps and pothole ridden London couldn’t free the nüvi from its mount.

Touch the button on the unit’s rear and the screen fires up in to action quickly – it takes just around 20 seconds from power-on to satellite lock.

The bright 800 x 400 LCD screen (4.3- x 2.6-inches) looks clearer and brighter than other displays. It’s especially noticable when comparing the screen with those other devices that have to push through those old-fashioned touchscreen films. Clarity is king when you’re having to take your glance off the road to see where you should be heading.

Once the Garmin has acquired satellites (it prefers to be outside for this with a clear line of sight), the next thing you notice is how fast the screen responds. The 3597 LMT reacts to swipes, pinches, and your vehicle’s changing position immediately. Every frame shows that Garmin has spent some serious time and dosh on screen animation and the display V-Ram to run it.

Changing destinations while driving hardly confused the 3597 LMT at all. It simply recalculated the route and snapped back to navigation again within seconds.

Garmin has added a slew of new integrated services to the nüvi 3597 LMT.

Sync your smartphone with the device over Bluetooth, and the unit acts as a hands free kit, delivering calls and messages.

Garmin has created the Garmin Smartphone Link Android and iOS apps which allows you to take this a stage further and integrate a wide range of data services such as traffic and speedcams, as well as map updates. 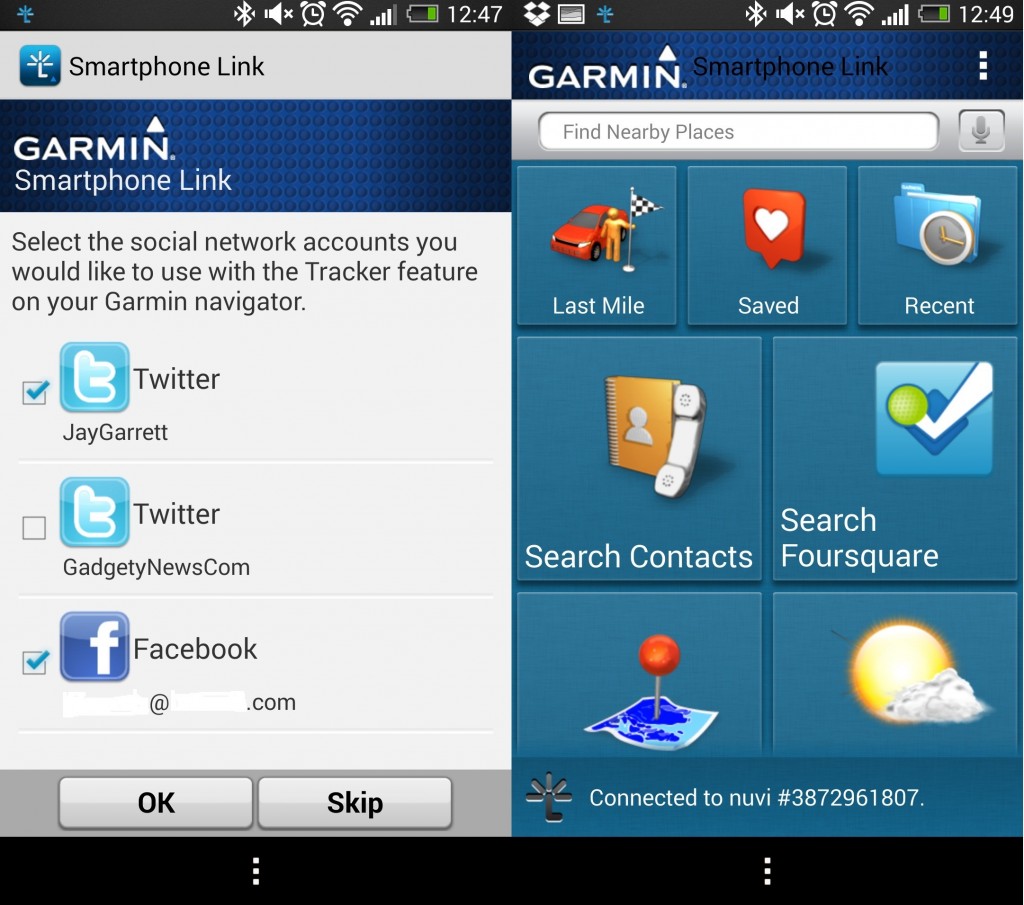 The latter is a free service that provides still images from roadside cameras of key junctions along your planned route. You can set ‘favourite’ (if that be the right term for a junction you always dread approaching at rush hour) junctions to keep tabs on them before leaving.

The 3597’s apps folder makes it easy to enter an address by voice. Unlike older systems that required you to start with a post code, the nüvi lets you speak naturally, starting with the house number using the voice Command app.

The mic appears to be engineered well enough to discern voices over road noise. My only niggle is that accessing this function requires diving into the Apps menu and scrolling down a page. 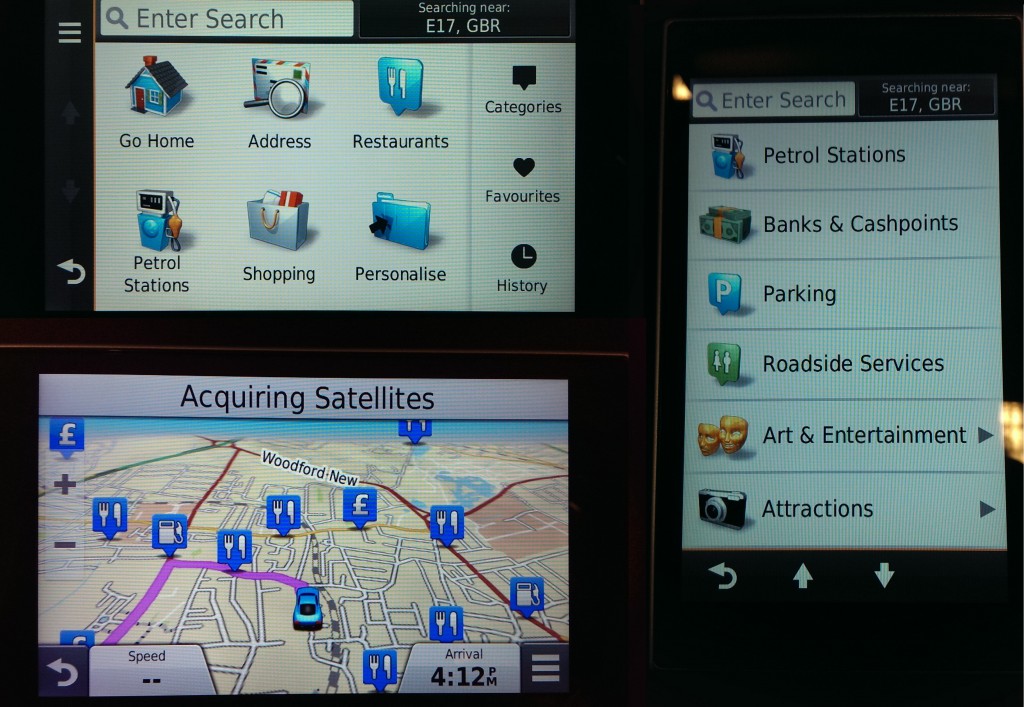 I am particularly loving the handy side menu that prioritises the nearest loos, petrol stations and restaurants so that they’re just a swipe from the main navigation.

Get out of my dreams, get in to my car

Garmin is keen to point out that a slew of services – such as traffic data – are included in the purchase price for life, while TomTom asks for a yearly subscription for similar services. That’s still some coin for a dedicated unit, but that’s exactly why it costs. Look at the price of a good DSLR and then the best cameraphone out there and tell me which is worth spending the money on purely based on their imaging skills.

This is the definitely the cream of sat navs and, as such, was given the Which? Best Buy nod of approval in September 2013.

No, the Garmin nüvi 3597 LMT doesn’t take photos, send posts to Facebook or make you a coffee. What it does is function like the dedicated tool it is thanks to a combination of its screen size, powerful graphics, and the integration of dedicated nav applications.

The nüvi 3597 LMT is better at being a GPS than your smartphone could possibly be right now.

The one thing that I would kindly ask is that Garmin starts to include a travel case or wallet with the nüvi 3597 LMT. It looks good and is a good size to shove in your bag, but a little cover would retain its good looks.

Anyhow, what were those titles about? Which bands played what?