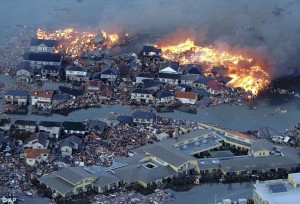 We have all no doubt been shocked, horrified and amazed by the earthquake and tsunami which hit Japan on Friday.

The rescue and clean up process has started and aid is obviously needed to help the country to start piecing lives back together.

Mention Japan to the likes of us gathered here and one of our first thoughts will be technology and/or gaming. Well, the gaming giants are assisting with the relief efforts according to the latest reports.

It’s not just the big boys looking to help – there’s a bunch of smaller game companies who are doing what they can as well with proceeds going directly to the Red Cross and other agencies that are helping to put Japan back together again.

As always – there’s people that will use this disaster for heartless scamming. I would suggest that you go through official channels to offer donations.