Gamers underwhelmed by Xbox One 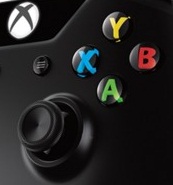 What did you think of the Xbox One Reveal? Impressed, or not so? Well, a poll by a money saving website in the UK has revealed that half of gamers, 52%, appear to be ‘underwhelmed’ by the unveiling of the new Xbox One and 39%, said that they ‘didn’t care about its television capabilities’.

The poll, carried out by www.VoucherCodesPro.co.uk, asked 1,112 UK gamers for their opinion on Microsoft’s latest console offering as part of research into consumer opinion.

The study initially asked ‘What words from the list do you think would best describe your initial impression of the Xbox One following its unveiling?’ and asked respondents to select from a list of possible outcomes.

Those who responded negatively were asked why they felt this way, which revealed that 47% felt that a ‘games console should stick to gaming’. 39% said that they ‘didn’t care about its television capabilities’. A further 29% said that they ‘weren’t interested about Skype capability’. And another 22% said that the ‘aesthetic appeal’ of the console ‘wasn’t exciting enough’.

They were then asked what they would like to have heard more about during the conference. ‘Launch release titles’ came top at 42%, followed by ‘graphic quality’, 34%, and more about the ‘game play’ at 29%.

Those that responded positively were also asked for the reasons for this. 37% said they were just excited to ‘experience a new console’ and 31% said they liked the fact that it would be cloud powered as it would free up ‘hard disc space’. A further 19% admitted that they would have been ‘excited regardless of the features’.

Finally respondents were asked ‘Which console release are you looking forward to most; the Xbox One or the PlayStation 4?’ which revealed the PlayStation 4 as the current favourite, with 61% of the vote.

George Charles of VoucherCodesPro.co.uk made the following comment:  “Microsoft’s President of Interactive Entertainment told the conference that it’s not just a games console but the ‘ultimate all-in-one home entertainment system’. That’s all very well and good, but is that really what consumers want? According to our poll, it would suggest not.”

He continued: “In my opinion the primary concern of a games console should be its games and it seems that a good few respondents echo that sentiment. Is Microsoft trying to do too much? It might possibly be the case that they are trying to appeal to too broad a market and neglecting the desires of the gaming community who are their primary consumer base. We’ll have to wait and see”.

Are you team Xbox One or PlayStation 4, or have you been thus far unimpressed by both consoles and considering to get a Steam Box?

Perhaps home gaming has had its day and the future belongs to smartphones and portable machines like the NVIDIA Project Shield device.

Has the fact that Xbox 360 games won’t work on the new Microsoft machine or that you might be charged for sharing your games made a difference?