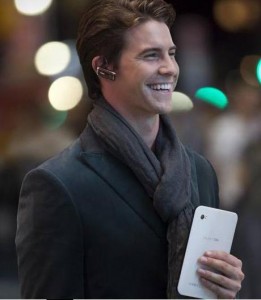 Still counting the days til Samsung release the Galaxy Tab into the wild?

Well, Sammy has just released a whole 9 minutes of up close and personal fondling of their new Android slate.

A quick re-cap of the Tab’s vitals: The operating system is Android 2.2 and it purrs along using a 1GHz Cortex AS8 processor. You get 7 inches of 600 x 1024 pixel capacitive touchscreen and a choice of 16GB or 32GB worth of storage.

On the video you get to gawp at its email client, marvel at its Swype keyboard software and perhaps cry with tears of joy as you notice that its calendar combines info from Google, Facebook and Microsoft Outlook.

The phonebook (yes you can make calls from the Tab in Dom Jolly fashion – but I’d recommend using the bundled Bluetooth headset) merges your contacts’ online accounts – so, as well as their numbers, you get their latest Tweets and Facebook spammage.

It also gets a bookstore, or Readers Hub, for the Tab’s eBook reader which does what you’d expect: browse and buy books and magazines.

Music Hub is the same as above but for tunes and there’s also the Android Market for apps.

All very iPad so far (apart from the phone calling bit) but then the Galaxy Tab can browse sites with full support for HTML 5 and Flash 10.1!

I quick like the idea of streaming HD video to monitors and TVs.

As you’d expect from an official video there’s also some boasting – in the video you’ll notice they’re rather proud of the Tab’s full-screen view and document-editing features and that it can hook up to a keyboard equipped dock!

Errrr……… hasn’t the iPad got something similar?

This is all very well but it appears that they still haven’t worked out how much to sell it for. What would you pay for it or are you just gonna ask Santa for one after its November release?