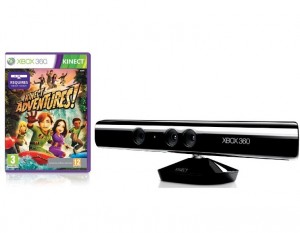 It seems that the Xbox 360 is still the gamers favourite and, even though the Ninetendo Wii has the communal gaming niche tied up, it looks as though Kinect may be the gift to give.

Chances are that you know someone with an Xbox 360 and where spending their time holed up playing COD: Black Ops may be all well and good – perhaps some get together gaming of the festive season may be in order.

So, instead of having to drag the gamer in your life away from their beloved console why not treat them to something that may enrich their lives – or, at the very least, make them a little more sociable 🙂

Good news is that the boffins at the big M are looking to quadruple the Kinect’s accuracy which can only mean more serious games using the motion controller in the future!