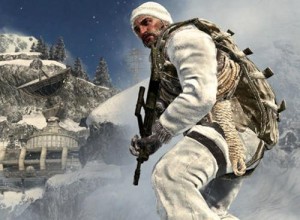 Here it is folks!

The official trailer for Call of Duty: Black Ops 🙂

Get ready to be dropped into real world conflicts at some point between World War II and now featuring various periods of the Cold War leading you through war torn Cuba, the Arctic and Vietnam.

Along with the new video more details have been outed by Treyarch developer Mark Lamia.

Gamers will play in the shoes of at least two main characters from both the American and Russian sides of the Cold War as well as there being a more emotional story than in previous games using the same animation system as Avatar. Activision has also consulted real life black-ops veterans as part of research for the game. OOOOOooooOooo! 🙂

Video below – I just wanna say abseiling and crossbows 😉