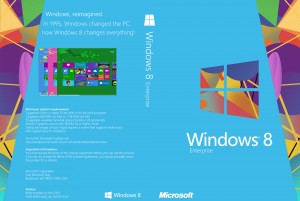 Want to get some Windows 8 action right now for free? Microsoft has just made a 90-day trial version of Windows 8 available for download.

This version is actually intended for developers and IT professionals to evaluate the final build of the new Windows operating system before its official release on October 26th – but anybody can grab it if they want to check it out.

Those nice Microsoft people have even made 32-bit and 64-bit versions available to pick from.

Being a trial version, there are a few conditions for this free bit of software.

Once the 90-days are up, you must reinstall your former operating system or a full licensed version of Windows 8 when it is released. You cannot upgrade to the full version from inside this 90-day trial.

Microsoft does advise that you install the trial edition in a virtual environment or on a separate hard drive or partition. Which always makes sense when messing around with operating systems.

If you fail to activate the trial software within 10 days of installing it, your PC will start messing you around, just to make you feel a bit daft and prove that the machines are just biding their time before taking over the planet.

The official warning is: “If you fail to activate this evaluation within the 10-day grace period, or if your evaluation period expires, the desktop background will turn black, you will see a persistent desktop notification indicating that the system is not genuine, and the PC will shut down every hour losing unsaved work,”

Minimum specifications required for the Windows 8 Enterprise edition 90-day trial are a 1GHz processor, 1GB of RAM for a 32-bit machine, 2GB for 64-bit, 20GB of hard disk space, and a graphics card that supports?Microsoft DirectX 9 graphics with WDDM driver.

Microsoft has also squirted out the Release to Manufacturing (RTM) final version of Windows 8 for MSDN (Microsoft Developer Network) and Technet subscribers.

For more on the 90-day trial version of Windows 8 Enterprise, check out the dedicated website.