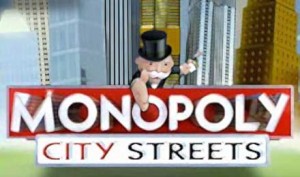 Board game great, Hasbro, has teamed up with Google to produce an online global version of Monopoly which will in turn create the largest board game area ever as the world of Google Maps is the playing surface.

Monopoly City Streets launches on Wednesday for a duration of four months.

Players worldwide will be handed a Â£3 million budget (a bit more than the Â£200 back in my day) to create the ultimate real estate empire – No more are you restricted to the likes of Old Kent Road or Mayfair – go for what ever you fancy!

With the Monopoly City Streets blog claiming “The entire planet will be pitted against one another in an online game of MONOPOLY turning the globe into one giant game board!” It’s gotta be fun!

Players can buy streets for set prices and build anything from skyscrapers to cottages – the other change is that you no longer have to wait for one of your competitors to pay you when they trespass on your land – you gain income through tennents paying you rent.

If your childhood street has been bought up by the school bully you always wanted to get revenge on you can make a bid, and if s/he hasn’t responded in seven days, it’s yours, no matter how tiny your offer was – a small victory? But a victory all the same.

Monopoly City Streets is free to play and goes live on Wednesday 9th September – keep up with the blog here.