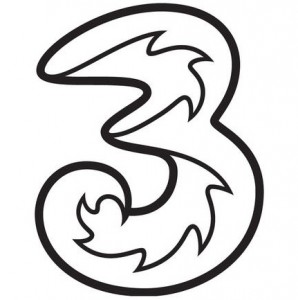 Those lovely people at Three have announced that its customers will be able to upgrade to 4G at no extra cost when it launches its Ultrafast service in the summer.

Three will be joining the 4G party with EE and others but, unlike EE who charges a premium for the upgrade, Three will offer the superfast 4G connection to its customers for free.

Three is hoping to offer 4G speeds to 80% of the UK population when it launches with the new standard.

“As we add the next wave of technology to our Ultrafast network, we’ve listened to our customers and thought long and hard about the right way to do it. We don’t want to limit Ultrafast services to a select few based on a premium price and we’ve decided our customers will get this service as standard,” said Dave Dyson, CEO of Three UK.

Three’s Ultrafast network currently runs on DC-HSDPA technology (3.5G), which it boasts is 85% the speed of 4G and covers roughly 55% of the country. So the jump up to 4G isn’t huge – but undercutting EE (which charges around £5 a month more) could spark something of a price war which can only be a good thing.

No specific price plans have been released as yet and Three hasn’t stated whether or not there would be data caps on the free upgrade deal.

“Three’s manifesto really does fly in the face of the pricing strategy used by the competition at present where mobile customers have to pay a monthly premium to make the leap to 4G speeds,” said Ernest Doku, telecoms expert at uSwitch.com.

This could be another milestone in mobile data use.

“Much like the introduction of unlimited mobile data with the One Plan back in 2010, Three’s move could really force the other networks to reconsider how they price their own forthcoming 4G deals,” Doku went on to say.

Are you with EE? Have you been waiting for some serious competition to arrive before going 4G? Let me know below 🙂