Foursquare Cutting Down on Cheaters and the Forgetful 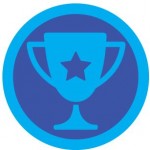 Yesterday, as my train was pulling back into Euston after my visit to the Birmingham NEC for The Gadget Show Live, I decided to check-in on Foursquare.

It then flashed the message that Foursquare reckoned I wasn’t near enough and it wasn’t going to award me the points.

The fact that the train was just outside the station and I was doing this before alighting the train made me feel that I was being watched – but then I decided to check up on this feature.

It turns out that Foursquare is cracking down on users who check-in to venues from their living rooms just so that they can rack up the points.

This means that from now on Foursquare check-ins that donâ€™t appear to come from where you’re checking-in to will no longer get you points, badges or mayorships.

This move by Foursquare comes as more companies are adding deals and rewards for checking-in.

Foursquare says youâ€™ll still be able to check-in when youâ€™ve left somewhere or before you arrive but you wont be scoring points or rewards: â€œWeâ€™re never going to NOT let you check-inâ€¦the idea is simply to not award points, mayorships, badges or venue specials if it looks like you didnâ€™t really earn them.â€

Anyone else using Foursquare? Do you use it locally or only on trips/expos and seminars?