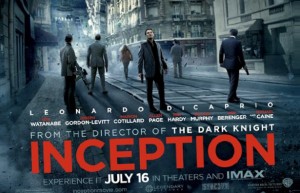 Following from the pilot at the start of the month, Warner Bros. has revealed that it is to offer a further five blockbuster films for rental via Facebook.

The Facebook film rental service kicked off with Batman: The Dark Knight and I’m guessing that all went well seeing as Warner Bros. has decided to add Inception, Life as We Know It, Yogi Bear and the first two Harry Potter films; Harry Potter and the Philosopherâ€™s Stone and Harry potter and the Chamber of Secrets to the social cinema experience.

â€œWeâ€™re pleased to expand our test with a variety of titles that will appeal to a broad audience.â€ He went on to say that: â€œThese titles have substantial followings on Facebook.â€

This is still a US service – would you be tempted to rent a movie over the blue bannered poking network? You’ll be pleased to know that you’ll still be able to update your status and tell everyone which bits you don’t get – we all know how we love to chat and watch 😉