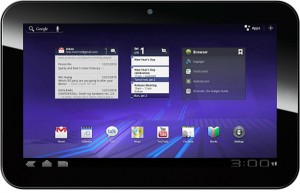 Looking for an Android tablet but not bothered about the makers name?

Before you tell me that Pioneer is a well respected name in the realm of audio – I realise that. You see, this Honeycomb tablet comes courtesy of Pioneer Computers who just happens to be an Australian laptop cobbler who has gone into tablets as well.

The ePad tips the scales at a portable 760g and is a svelte 12mm thick.

Yup, there’s very little difference between the ePad H10 HD specs and those of Motorola’s XOOM so the $700 (Australian) is not a bad deal.

The thing is – I’d bet that the XOOM has been put together better, feels better quality and, until now, I have never heard of the Australian firm.