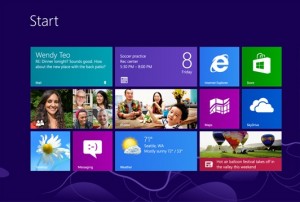 Microsoft has had an eventful week with its Wedge and Sculpt peripherals, Outlook.com and the Windows 8 RTM operating system heading to its partners. Unfortunately not everything is going its way as its latest operating system has been pirated.

The final touches have only just been put to Windows 8, with Microsoft confirming this week that the RTM (release to manufacturers) version was ready, meaning other companies could start using the finished software.

Word has it that the Enterprise version of Windows 8 has leaked online 3 months ahead of the software’s official 26 October release date. It’s an ‘N’ edition apparently, which means it doesn’t come bundled with Windows Media Player.

As tempting as it might be to get the jump on your friends, slapping a dodgy operating system on your computer could screw up your machine.

It was almost a given that Win8 would appear on torrent sites but, when the upgrade costs only $40 (or £25 in UK spending – no official UK pricing yet), is grabbing the freebie worth the risk?

Microsoft is also busy planning to drop the ‘Metro’ name which has been pinned to its snazzy tile-based interface.

The design first cropped up on Windows Phone but now its going across to all manner of Windows machines it looks as though we should expect an imminent renaming of Metro.

The renaming has been suggested after “discussions with an important European partner” – Microsoft is now rushing to find a replacement term by the end of this week. Until then, it’s said to be called ‘Windows 8 style UI’ Well, that does exactly what it says doesn’t it?