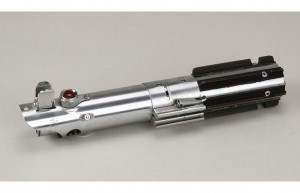 Have a film freak in your family?

Short of ideas what to buy them for crimbo? How about this little lot?

There’s a whole bunch of gear going up for auction – I’mÂ talking boutÂ original props going under the hammer on December 11. 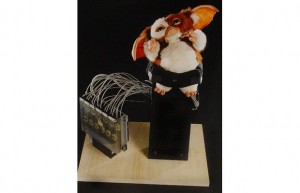 Take your pick and check out the guide-prices:

â€¢ C-3PO face for $83,000 and hands for $30,000.
â€¢ Mohawk and Brain Gremlins puppets for about $7,000 each.
â€¢ The original Jor-El tunic wore by Marlon Brando in Superman for $51,000.
â€¢ His t-shirt in Apocalypse Now for $20,000.
â€¢ An original set of the Lord of the Rings trilogy, bound in red cloth, signed by Tolkien, and containing a fold-out map of the Middle Earth for $124,000.
â€¢ For the same amount you can also snatch an 82-inch flying saucer made of wood, steel and fiberglass from Forbidden Planet.
â€¢ First editions of James Bond novels inscribed by Ian Fleming, including one that said “To the real James Bond from the thief of his identity”, which was dedicated to American Ornithologist James Bond.

I’m not particularly fussy and you have 500 objects related to movies to pick from – so, go on – make mine a Happy Christmas 😉