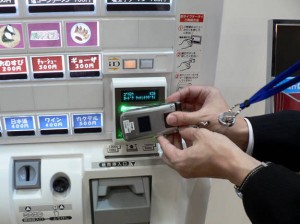 If you’re looking forward to swiping your phone to pay for goods and travel – you’re not going to have to wait very long at all.

Juniper Research have done some poking around and have stated that their findings revealed that one in five smartphones will have Near Field Communication (NFC) technology by 2014.

In real terms this translates in to 300 million NFC capable smartphones being swiped about globally by 2014 with users being quick to take up the new NFC tech.

The initial growth is predicted to be driven by mobile network operators launching services in 20 early adopting countries before the end of 2012 – France being the leader, followed by US and UK as the markets which will see early adoption of the technology.

“Juniper’s market analysis highlighted that, although there are still hurdles ahead, NFC prospects have been boosted by the succession of mobile operator and device vendor announcements,” said author Howard Wilcox, adding “France is a case in point where operators expect to sell one million NFC devices this year,” he added.

North America will account for half of all NFC smartphones by 2014, followed by Western Europe.

I’m not sure if taking out my smartphone at a semi-deserted tube station late at night is what I particularly want but if it stops women deciding to look for their Oyster Cards only once they’re at the barrier then I’m all for it.