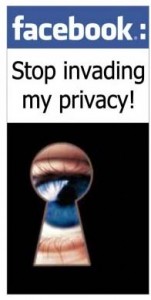 This just goes to prove that just because something’s popular it’s not necessarily safe – like Tiger Tickling.

Facebook, which happens to be the biggest social networking site in the world, made changes to privacy controls which essentially opened up your profile to all Facebook users unless you proactively changed the settings to show information just to your friends.

The problem was that most folk simply confirmed the pre-selected options – you could say more fool them for not checking, but there should be an element of trust. A fair assumption that the new presets would be a safe setting or similar to your original default.

Facebook then went on to announce that it was going to start sharing more personal data with its business partners.

The EU Article 29 Working Party, made up of data regulators from all 27 countries, was particularly incensed by the fact that Facebook made the changes only days after it had meet the committee and assured it that members’ privacy was a top priority. Ooooooo……. now there’s tempting fate!

It has since writing to FB stating that: “It is unacceptable that the company fundamentally changed the default settings on its social-networking platform to the detriment of a user”.

The Working Party called on Facebook and other social networks to ensure that default settings limited data to user’s self-selected contacts.

Does this cause you any concern?