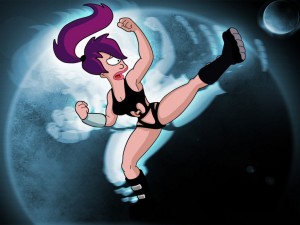 We all know how dog-eat-dog the job market is at the moment and now it seems that the same is even true if you happen to be a virtual assistant. Siri has new girl on the block, Evi, looking to take the role.

Evi is the work of True Knowledge and it already has a few things up its virtual sleeves that Siri can’t do.

You can, of course, download Evi from the App Store for a mere £0.69 – but this is not just for iPhone 4S owners.

Evi will work on all iPhone, iPad and iPod Touch devices running iOS 4.0 and not only that…

You can even get Evi as a free beta download for your Android gadgetry!

The monoptic assistant, kinda like having Leela from Futurama helping you, is loaded with the same Nuance voice recognition smarts that powers Siri – but with the added benefit of actually being able to use location data here in the UK.

Having access to a database of nearly 1 billion facts and integration with Yelp and other services should also give it enough firepower to stand up to its Apple-made rival.

Of course, there is no such thing as the prefect assistant and Evi is no exception. Her weakness area for development is that Evi can’t integrate with your calendars, alarms and reminders.

That could be solved with an update surely? 😉

I’ve downloaded Evi and will be putting her through her paces as there’s a few negative reviews.

If I was you I’d turn Siri off for a moment whilst you check out Evi in action below. Then think about a formal interview: