Europe To Get Online Library 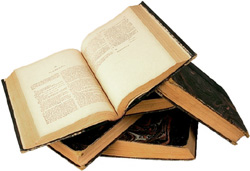 I’ve only just got back into regular reading again this year.Â  Shameful I know. Even more shameful is that since moving to London in February 2004 I’ve yet to join a local library!

Well,Â a new multimedia venture has just been launched that will bring together the content from more than 1000 cultural organisations across EuropeÂ in a free online resource.

The British Library is amongst the institutions that have signed up to the new European online library called Europeana.

The European Commission and the Louvre Museum are also to add content.

This is sounding fantastic! 🙂

The ambition is for internet users to be able to access more than two million books, maps, recordings, photographs, archive documents, paintings and films.