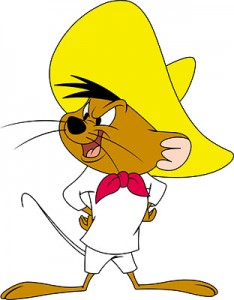 EE looks to be making their tariffs worthwhile by making your 4G twice as speedy.

If you’re on EE’s LTE already, you’ll see speeds supposedly double and hit the magical 20Mbps! That’s up from the previous average of 8Mbps.

Whichever way you want to look at those figures, it’s very impressive.

As usual though, if there’s heavy traffic with loads of people streaming vids, etc then your progress may vary.

The first 10 cities to get the upgrade by summer this year will be: Birmingham, Bristol, Cardiff, Edinburgh, Glasgow, Leeds, Liverpool, London, Manchester, and Sheffield.

Considering EE’s prices, it’s good to see that the provider isn’t simply content on taking your cash but is actually pushing standards.

It will certainly be interesting to see how the rest of the UK networks handle this turbo-charged 4G rollout from EE.

Hopefully we’ll get high speeds at cheaper prices, but who knows. Only Three has promised not to push up prices for 4G and some users have already claimed similar, if not better, speeds than those promised by EE. It’s now down to the rest to answer EE’s challenge.