Duracell Accu Range Gets me Charged 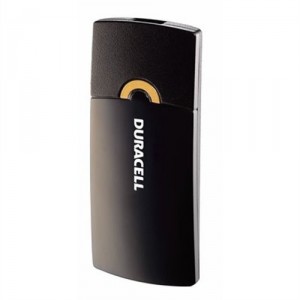 Apparently some independent coffee shops here in London will soon be offering Duracell-style recharging of your gadgets whilst you sip on your choice of caffeinated brew.

Well, I needed to check out Duracellâ€™s Accu range just so you know what to expect.Â  Thatâ€™s how much I care about you people 🙂

Most gadgets can invoke a little tech-lust whether itâ€™s because how smooth, fast or clever it does its job â€“ but these are rechargeable batteries and chargers.Â  Not exactly like test-driving a Pagani Zonda or hooking up a pair of Meridian DSP8000 Digital Loudspeakers is it?

I can get excited about design though and although Duracell boast that the Accu range has been inspired by brands such as BMW and Apple and follow the “current fashion trend for sleek, sculptural shapes” – Iâ€™m finding evidence of all of that a little difficult to see. Â Saying that though theyâ€™re not as bulky as the rechargers Iâ€™ve owned before and you can see that they all belong to the same range and with that copper-coloured top you know which brand theyâ€™re from.

Ok, let me get straight to the Instant Charger as this is the little beauty that I have mentioned previously.

If you recall, the Accu Instant Charger is there to save your USB charged tech from dying.Â  It only weighs 45 grams and measures around 2 inches long so itâ€™s ideal to shove in your rucksack, man/handbag or jacket pocket if youâ€™re planning to be out-and-about. Once this power saviour is fully charged (that takes around 2-3 hours) it will give you an extra 50 hours iPod playback and 180 iPhone minutes â€“ not too shabby is it? Â If you are an Apple user you will need to get an additional cable, or remember to pack your Apple USB cable, as the charger only comes with a USB to miniUSB converter which, to me, seems a bit of an oversight given that the iPhone and iPod family must be some of the most popular portable devices out there.Â  Still, Iâ€™m glad Iâ€™ve got one of these as Iâ€™ll soon be out on tour and Iâ€™m sure this will come in handy!

Mmmmmâ€¦.. batteries and chargers!Â  Are you ready for this white-knuckle ride?Â  To be fair the Stay Charged batteries arrived fully juiced which means no tears at birthdays and Christmas so already weâ€™re on a plus.Â  Duracell claim that you get 5x more life out of these cells and after testing them out in a variety of battery powered gizmos including my wireless guitar rig and inner-ear monitors they seem to be honouring their promise.Â  As for the other promise that these batteries retain 80% of their charge after up to a year when not in use â€“ well, ask me in a year 😉

The charger I was most interested to test out was the Fast 1 Hour Charger.Â  Sounds impressive huh? It came with a pair of 1700mAh AA and two 800mAh AAA rechargeable batteries. I shoved in four leeched dry batteries and flicked the switch and watched the LED indicator. In just over an hour all the cells were fully topped-up.Â  Fully! Â Thatâ€™s main difference between the other 60 minute chargers and this BWM-inspired Duracell number. As a bonus it also converts into a power adapter.Â  Nice.

The Easy Charger is bundled with a couple of 1700mAh AA rechargeable batteries and will breathe life back into the dead cells in around the more pedestrian time of 6-8 hours.Â  Oooooâ€¦ itâ€™s quite sleek and sculptural thoughâ€¦. Â 😉

There you have it.Â  The main thing here is obviously the Instant Charger as I do think everyone can benefit from having one of these.Â  The Fast Charger is handy if you have a bunch of gadgety portable-power-suckers which you canâ€™t be without for more than an hour.Â  The Easy Charger I see as being Duracellâ€™s Accu introduction and, apart from it totally topping up the used cells, is much of a muchness but at least they look niceâ€¦. perhaps not as striking as Duracellâ€™s PR department would have you believe but it is in the eye of the beholder yeah?

Instant Charger is a must have for festival goers, walkers and people that use their mobiles a lot and tend not to be able to get back to a USB socket before itâ€™s too late.