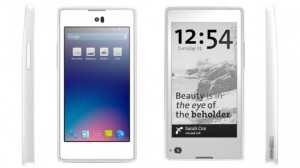 Cast your mind back 2 years and you may recall my article about a dual-screened smartphone coming from Russia. Well, the Android-powered phone that features two screens; one a traditional LCD display and another e-ink powered one is heading to Europe.

Yota, the Russian company behind the smartphone, has announced that their device will go on sale in Russia, Austria, France, Spain and Germany immediately with plans to hit 20 countries in total.

I’ve yet to hear whether or not they will bring it to the UK.

Yota said that the smartphone will offer a better battery life than many of its rivals thanks to the use of e-ink.

The smartphone automatically transfers web pages and other applications to the e-ink screen which uses similar tech to Amazon’s Kindle e-readers. The e-ink screen can be used to display information that the user doesn’t necessarily want to wake up the phone for prompting experts to say it may prove attractive to users fed up with drained batteries. 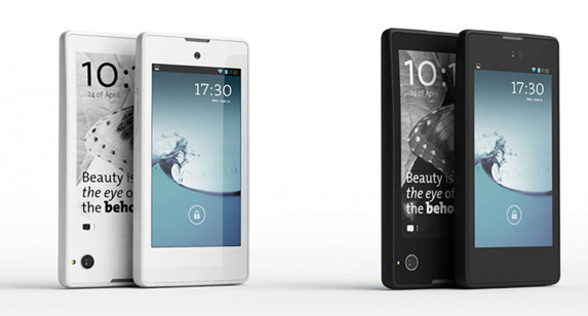 “The typical user picks up and activates their smartphone more than 150 times a day,” said Yota Devices chief executive Vlad Martynov. “Why? Because users worry that messages or information they need or want are hidden behind their phone’s black screen. This is a huge distraction and can impede meaningful interaction with our friends, families and colleagues.”

The smartphone features a 1.5GHz dual-core processor and a 12-megapixel rear camera and will cost 499 euros.

Yota is based in St Petersberg and is best known for making modems and router equipment. The dual-screen smartphone is the company’s first venture into the market and I think that this is a great idea.