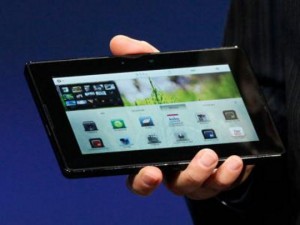 Yup, the above statement has been confirmed by none other than RIM Co-CEO Mike Lazaridis.

Lazaridis also said that these ‘super phones’ would be based on dual core processors and the QNX OS currently being used in the BlackBerry PlayBook which should make them pretty swish indeedy.

The only drawback to the next gen crop of bionic berry’s is that these mobiles probably wont be reaching us any time soon.

While there are already dual core phones hitting the market (LG Optimus 2X for instance) Lazaridis believes that this kind of technology is best shoved in tablet PCs like the PlayBook. In his reckoning “Battery life, size, weight, thickness, cost” would prove huge hurdles to cross in order to put out a dual coreberry.